“After a long summer, consumers are eager to embrace fall and all of the celebrations that come with it,” NRF president and CEO Matthew Shay said. “We expect those celebrating Halloween this year will look for several different activities to do with their family and friends. Consumers are ready to take advantage of promotions on candy, decorations and costumes, and retailers are ready to serve them.” 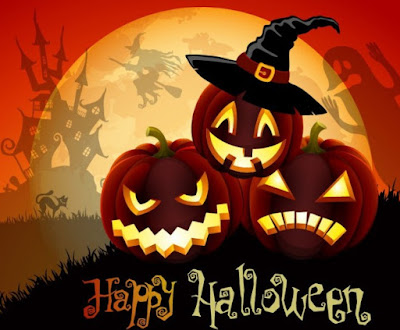 Consumers celebrating Halloween plan to spend an average of $27.33 on costumes for the whole family, and a total of $2.5 billion on store-bought, homemade, large and small costumes. Those celebrating will spend the most on adult costumes ($1.2 billion), and will spend a total of $950 million on children’s costumes and $350 million on fashionable and fun costumes for their furry friends. It’s estimated that 68 million Americans will dress up this Halloween and another 20 million pet owners will dress up their pet.

Nine in 10 (93.7%) Halloween shoppers will buy candy, spending a total of $2.1 billion, and an additional 33.5 percent will buy greeting cards, spending a total of $330 million. Two in five celebrants (44.8%) plan to decorate their home or yard, meaning there’s no question consumers will see their fair share of pumpkins, hay bales and even life-size Minions and black cats strewn across their neighborhoods. The average person planning to buy decorations will spend $20.34 with total spending expected to reach $1.9 billion.


When it comes to how consumers plan to celebrate, most will hand out candy (67.8%), or dress in costume (43.5%), though there will be no shortage of jack-o-lanterns lighting up windows this year with 41 percent of people planning to carve pumpkins. Nearly one-third of consumers (31.5%) plan to throw or attend a party with friends and family.

More consumers have decided to head to stores or shop online early to pick out costumes and decorations. More than one-third of consumers (34.1%) will start their Halloween shopping before the first of October, up slightly from 32.1 percent last year, while 40.9 percent will get started in the first half of the month and one-quarter (25%) of celebrants will wait for the final weeks of October. 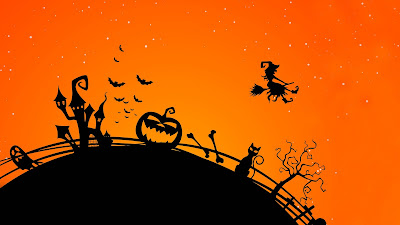 “People shouldn’t be too surprised when they see Halloween candy and decorations available in stores as early as September first,” Prosper Insights Principal Analyst Pam Goodfellow said. “Given that more than a third of Americans enjoy taking advantage of early-bird deals to kick off their fall celebrations, it seems there’s plenty of appetite among consumers to enjoy a perfectly ‘frightful’ Halloween.”

Similar to past years, the majority of consumers will find inspiration for their costumes online (31.4%) or will head to costume shops and retail stores (26.8%) before they make a final decision.. Pinterest continues to grow in popularity among those looking for costume inspiration (13.3%), as this year’s percentage is nearly double the amount who used the site for inspiration just three years ago (7.1%).

Millennials remain the drivers of Pinterest traffic around Halloween though with 24.9 percent of 18-24 year olds and 23.7 percent of 25-34 year olds using the site for costume inspiration.
发帖者 MCP 时间： 19:31