Let’s be frank: there’s probably too much stuff plugged into your TV.
A few companies are looking to declutter your media center by selling you an all-inclusive media streaming device with a tiny footprint that plugs right into your screen. The two most notable devices are the Google Chromecast and the Roku Stick, but a few new competitors have joined the fray. Here’s a comparison of the most notable compact streaming devices on the market.

Roku has the experience coming into the fight; the company has been in the streaming business since 2008, starting with set-top boxes and introducing the first Stick in 2012. Google followed suit with the Chromecast in 2013. Recently entering the fray is Amazon, the internet bookseller turned one-stop shop for pretty much everything. Their hardware initiatives have been uneven (Kindle: great, Phone: not so much), but with a push for streaming video it only made sense for them to try and carve out a chunk of the TV market.
The truth is nobody really cares who makes the things that put content on their televisions, as long as the content gets there in the highest quality with as little effort as possible. Ultimately, what matters are the apps and services that come with the hardware, as well as how easy those apps and services are to use. Comparing the three really comes down to how you use your television, and what apps deliver the content you want. 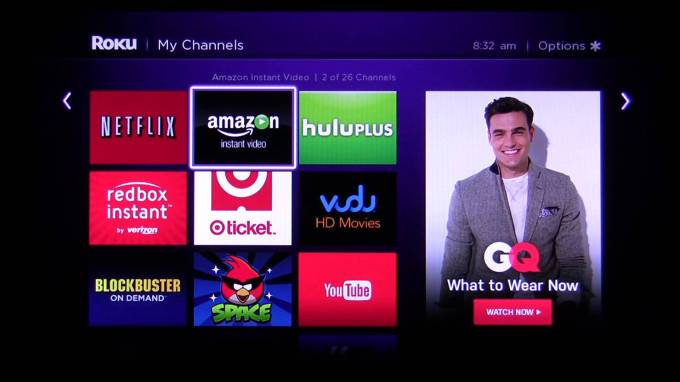 
Cast iTunes movies to Chromecast With M4V Converter Plus

Under the hood
Roku has iterated on their basic content delivery model for a while, but it’s always themed the same way. Every app or service is assigned a space on the UI as a “channel,” and once you use the remote to enter a channel you’re inside their content area. The Roku Stick comes with a minimal remote that’s basically just arrow keys and a few service shortcuts, but you can use the Roku app for iOS and Android so your phone or tablet can be used to surf channels instead. The Roku Stick is by far the simplest choice on this list, for better or for worse. Your home screen can quickly fill up with channels if you consume a lot of media, and filtering and sorting can be annoying. Not every app follows the same design guidelines, so the experience from service to service can be uneven.
Services like Netflix allow you to go to a website and punch in a short code to authorize the device to your account, while others force you to navigate an on-screen keyboard to log in and start watching. Once you’ve logged in, the Roku Stick remembers your account details so you shouldn’t have to repeat the process.


Google’s Chromecast works a little differently. The dongle doesn’t store any account information because it doesn’t directly connect to streaming services initially. Instead, when you connect a Chromecast you set it up through a laptop, smartphone, or tablet. That device then hooks up the service and the TV.

That means you need to have whatever streaming app — Netflix, Hulu, Google Play, and so on - installed on that particular device. Once your media is playing, just tap the Chromecast button in the app to switch the stream to your television. Whatever device you used to start the stream now becomes the remote, which you can use for pausing, volume control, and whatever else. The Chromecast function works exactly the same in every app, so if you’ve done it once you’re already an expert.
The Amazon Fire Stick tends more towards the Roku side of the fence with its dedicated remote, although it offers a few innovative features. The latest model works with an optional remote that listens to voice commands (much like the Echo unit does). Although it supports pretty much all of the same streaming apps that Roku does, the Fire Stick naturally puts Amazon Instant Video front and center. The hardware also is significantly beefier than its competitors, with 1GB of memory and 8GB of storage. A separate Bluetooth-enabled remote rounds out the package. 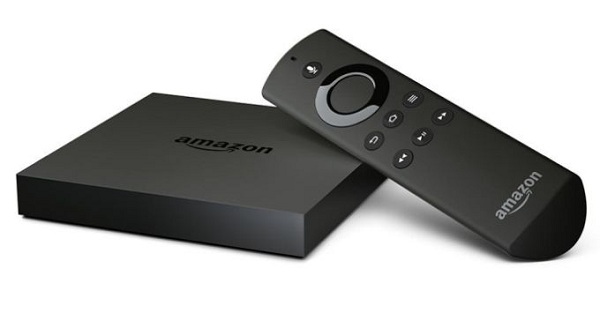 What’s on the screen?


Roku is by far the winner in terms of sheer volume of content. The service supports thousands of channels, from the big names like Netflix and Hulu down to niche services like The Monster Channel. The system’s search functionality is also extremely well-tuned, letting you hunt down your desired content no matter where it might live.
Chromecast started out with a fairly limited array of apps that it would play nice with, but that number has increased considerably. The real selling point here is the ability to “mirror” content from your devices directly on your TV screen. Even software that doesn’t have dedicated Chromecast streaming can be pushed to the device — games, websites, and so on. This can be pretty cool.
Amazon’s offerings are slightly less diverse than Roku’s, but the service still boasts all of the big players in the streaming space. However, the device is tuned to prioritize Amazon Instant Video, which can be a good thing or a bad thing. Like the Chromecast, the Fire Stick can also be used to mirror device screens, but only phones and tablets. 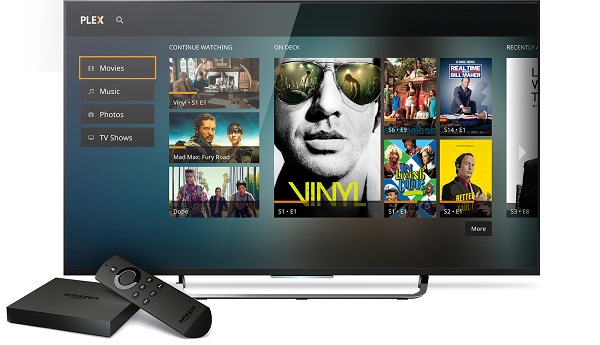 At the end of the day, it’s between Roku and Amazon. Although the Chromecast is the least expensive option on the table, it’s significantly less user-friendly and requires another piece of hardware. If you really need to stream your desktop to your TV, it’s the only option, but aside from that we don’t recommend it.
Which one is right for you? It depends on how tech savvy you are. The Roku is a great unit for less tech savvy users — families of a wide age range, for example. The remote is durable, the user interface is time-tested, and the content is robust and easy to search. The Amazon Fire Stick is more cutting-edge and has better performance, but it’s more cluttered and has less content overall.

M4V Converter Plus  is an all-in-one iTunes Movies Converter, which can remove DRM protection from iTunes movies or TV Shows. It also allows you to convert DRM-ed to common MP4, MOV, AVI, FLV, AVI, etc.
In this way, you can cast the converted iTunes movies to Roku, Chromecast or Amazon Fire.

Cast iTunes movies to Chromecast With M4V Converter Plus

M4V Converter Plus for Win

M4V Converter Plus for Mac